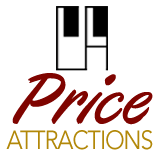 “The Duo’s performance was emotional and poignant and also quite fascinating and memorable…gorgeous sound showing the exquisite tonal control of the performers…the Elaris Duo shines with their golden tone and intimate ensemble…They have a remarkable depth of range and interpretive artistry.”
Mark Greenfest, Sound-Word-Sight Arts Magazine

“Steven and Larisa Elisha […] bring new meaning to violin and cello music”. …”Their performances of the Brahms double concerto for violin and cello was revelatory…the Elaris Duo presented a unanimity of phrasing and tonal projection that was stunning in its conception and execution. The synchronicity of the unison passages alone was a marvel”
Topeka Capital-Journal

[In the Case of the Elaris Duo], it’s definitely the warm human touch informed by virtuosity…they confirm that this is music that demands to be heard.

“Best of all the Elaris Duo plays Ravel’s music with seeming abandon. Although they play as though they did not have a care in the world, their virtuosity is the result of immense talent and musicianship. Elaris’s playing is simple perfection and the Duo holds its audience in thrall as they move from Allegro to Andante and back again. The players’ close harmony is a thing of beauty in which each note has a beginning, a middle, and an end. In 2007, violinist Christian Tetzlaff and cellist Christian Poltéra recorded the Ravel and Honegger pieces for BIS and their sound was outstanding for their time. Now, I think the Elaris Duo has outdone them in clarity and virtuosity. Elaris’s mastery of early twentieth century music is monumental and it shows itself in each of the pieces on this disc.”

“The Elaris Duo’s album is one that can be embraced not only for excellence in the art of performance, but for the imaginative programming of works not that often heard, and for the playing of them in a way that assures you will want to hear them again.”

“The brilliant display for both instruments is exciting…The Elisha Duo are exceptional artists and interpreters …Their glowing international reputation is well deserved. Besides being marvelous musically, this release, titled Duo Virtuoso II, has been recorded in vivid, lifelike sound. Strongly recommended.”

“amazing variety of textures, moods, and colors…astonishing technical prowess … hat’s off to the Elishas!”

“The wife-and-husband team of Larisa and Steven Elisha emphasizes those elements to good effect, being especially impressive in the highly virtuosic second movement [Ravel Sonata]. …the violinist and cellist have a strong sense of style and play well with – and against – each other here. They are also sensitive to the pervasive polyphony of Honegger’s Sonatina, and here they show an altogether winning sense of humor in their handling of the last movement’s recitatives. The CD as a whole offers a rather unusual instrumental combination and three pieces whose differing sensibilities give the performers ample chances to express themselves both in virtuosity and in emotional involvement.”

Larisa and Steven Elisha are each internationally acclaimed soloists, chamber musicians and pedagogues. Individually, and together as the Elaris Duo, the Elishas have gained national and international renown, performing in venues that include the Concertgebouw, Warsaw National Philharmonic and Karajan Hall (of Berlin Philharmonie), Weil Recital Hall at Carnegie Hall, Merkin Hall, the DiMenna Center for Classical Music in New York, Jerusalem Academy, University of Haifa, Grieg Hall – Bergen International Festival, Lithuanian Music and Theatre Academy, National Taiwan University of the Arts, Summit Music Festival, Sunflower Music Festival, and solo appearances with Washington Square Music Festival Orchestra, Hastings Symphony, Topeka Symphony, Gulf Coast Symphony, Lawrence Chamber Orchestra, Sunflower Music Festival Chamber Orchestra and National Taiwan Arts Orchestra. From a recent review appearing in Sound-Word-Sight Arts Magazine, Mark Greenfest wrote, “The Duo’s performance was emotional and poignant and also quite fascinating and memorable…gorgeous sound showing the exquisite tonal control of the performers…the Elaris Duo shines with their golden tone and intimate ensemble…They have a remarkable depth of range and interpretive artistry.” Bill Blankenship of the Topeka Capital-Journal wrote, “Steven and Larisa Elisha […] bring new meaning to violin and cello music”. …”Their performances of the Brahms double concerto for violin and cello was revelatory…the Elaris Duo presented a unanimity of phrasing and tonal projection that was stunning in its conception and execution. The synchronicity of the unison passages alone was a marvel” The Elisha’s performances are frequently heard in numerous live broadcasts and CD recordings on National Public Radio. As advocates of contemporary music, the duo has premiered new works by Joel Feigin, Malcolm Solomon and other composers. The Elishas regularly present master classes, workshops, lectures and ‘informances’ at national and international conferences, universities and conservatories that include the American String Teachers Association National Conference, the Hawaii International Conference on Arts and Humanities, Lithuanian International Music Theory and Composer’s Conference, College Music Society Conference, Georgia Music Educators Association Conference, National Orchestra Festival, Jerusalem Academy, University of Haifa, National Taiwan University of the Arts, Grieg Academy and Lithuanian Music and Theatre Academy. The duo has been the recipient of a 2018 Global Music Award in the “Duo and New Release” categories for their MSR Classics release, DUO VIRTUOSO II – Works for Violin and Cello by Honegger, Ravel and Schulhoff, as well as the 2008 Kansas Governor’s Arts Award and a Chamber Music America Residency Grant. While members of the Kansas Arts Commission’s Arts on Tour Roster, they were featured artists for the Kansas – ‘As Big as You Think’ State Tourism campaign, appearing over 600 times on New York’s Times Square Building, during the World Cup Championship. Both MSR-Classics releases, DUO VIRTUOSO and DUO VIRTUOSO  II, were featured in articles and received critical acclaim from Gramophone, Fanfare Magazine, Atlanta Audio Society, American Record Guide, Malcolm Tattersall’s Music & Vision, Turok’s Choice, BBC Music and other leading publications. Currently, the Elishas are Directors of the string program at Georgia Southern University, Strings at Southern Music Festival and the Elaris Summer Academy.